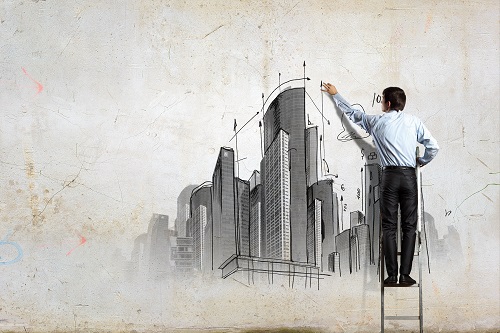 Charles Armstrong is an entrepreneur and social scientist who has founded several successful companies, the latest one being The Trampery which specialises in strategic property development for innovation clusters.

The Trampery established the first workspace dedicated to startups in the East London Tech City neighbourhood in 2009, and has since then opened six further buildings in the area. Each building is unique and focuses on different sectors such as software, fashion, art tech and travel tech.

Partners of The Trampery include the Mayor of London, Publicis Worldwide, the Barbican and British Fashion Council. The Trampery also advises governments on master-planning innovation clusters and works together with corporate clients to design working environments. One of their latest projects is

One of their latest projects is Tøyen Startup Village which is located in Oslo and serves as a community for local and global research and innovation.

Books and authors mentioned in the interview

Links and other useful online resources

The Skoll Foundation has recently completed a short film about the field of social entrepreneurship. It starts with Mohammad Yunus and includes interviews with a number of social entrepreneurs and others in the field, including Sally Osberg of the Skoll Foundation, Bill Drayton of Ashoka, Jacqueline Novogratz of the Acumen Fund, John Elkington of Volans, and author David Bornstein. Check it out!

You can get a mentor to help you on your career path, and who will give you helpful advice and answer any question you might have about entrepreneurship.

Do you want to become an entrepreneur? Why is that? Tell us why in the comment field below, we would love to know!