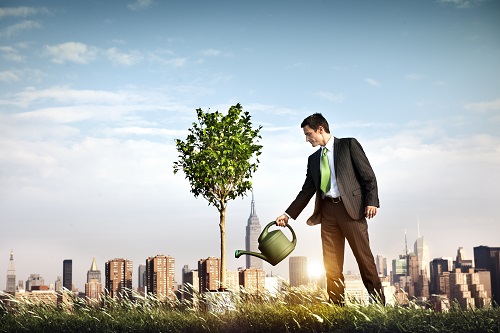 Bogdan Matei Duda is a research assistant and PhD student at Texas Tech University. Since a very young age, he has always enjoyed working with plants and soil.

He grew up in the countryside of Romania, very different from the modern world in which he now lives. Nonetheless, these early lessons on the farm instilled in him a respect for soil and biodiversity and a desire to become a researcher.

Pursuit of this goal has driven his past studies (degrees in Agriculture, Land Management and Rural Development) and has brought him half way around the world for a superior terminal degree at Texas Tech University; a degree which will provide him the tools he will need to grow into an academician/researcher for his career.

Having worked with professors from US universities on research in Romania, he quickly came to understand that a PhD from Texas Tech University would be much more comprehensive than anything he could obtain in Romania.

To that end, he has traveled to Lubbock and committed himself wholly, that he might prepare himself for his future career.

He has a very strong work-ethic, motivation and desire to succeed. As a future academician, he feels called to teach and conduct research.

He is an active member of the Soil Science Society of America, and he intends to network with other professionals such that he may obtain a post-doc or professorship upon graduation.

His dream is to conduct research as to improve something in the world, even if something small. After he graduates he would like to follow a postdoc and an academic career.

In 2015 he took part in a pollution assessment project together with his coordinator in New Mexico and Colorado after a mine spill that reached Animas River. Using portable x-ray fluorescence (PXRF) spectrometry, they evaluated soils that were irrigated with water from the polluted river, analyzing the potential danger to the environment, people, and animals.

In the fall of 2015 he was an assistant coach for the Texas Tech Soils Judging Team for the Region IV Intercollegiate Soil Judging Contest that took place in Stephenville, Texas.

The Texas Tech team took 3rd place, qualifying for the National Soil Judging Contest in April, 2016 in Manhattan, Kansas; he will be an assistant coach of the team for that competition as well.

Since he came to the United States, he has been working as an assistant producer for a documentary film which will come out in 2017 and is about global warming and its effect on the Alaskan glaciers, and Carbon Dioxide emissions.

Books  and movies mentioned in the interview

This is Part 1 of Introduction to Soil Science. This video is great for someone interested in Soils, Agriculture, or Gardening. This video covers the definition of soils, how soils are formed and why soil is important.

Thank you for checking out this episode with soil scientist Bogdan! Remember that if you have any questions that were not answered, you can contact us and we will help you out! You can even get a mentor, a professional soil scientist, to help guide you on the right path and give you helpful advice!

Do you want to become a soil scientist? We would love to hear your story, so leave a comment in the field below!